From Licensing Hotline: June 2017 on PublishersWeekly.com: 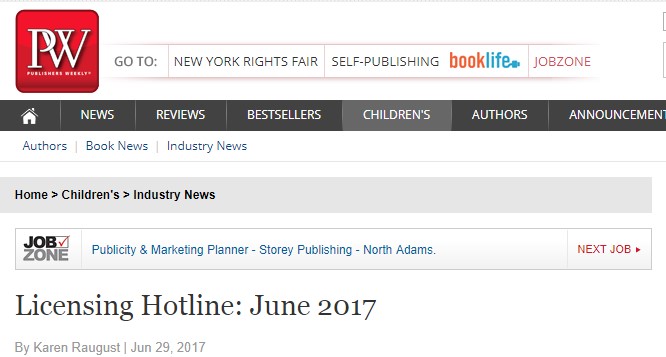 Scholastic has joined the list of licensees for the preschool TV series Molang, with its first titles coming to stores in time for the 2017 back-to-school season.

The property was born in 2010 from creator Hye-Ji Yoon’s personal blog, quickly becoming popular in his home country of South Korea through a series of instant-message apps. French studio Millimages secured global rights to the property in 2013, charged with handling licensing and creating an animated TV series. That series now airs on Disney Junior in the U.S., where Licensing Works! serves as the representative for merchandising.