The Little Prince (and Paddington) Come to America

Two classic children’s book properties from across the pond are boosting their U.S. licensing efforts. 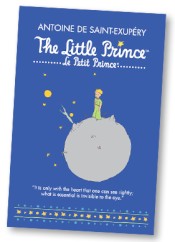 Licensing agent Licensing Works! has signed a group of U.S. licensees for The Little Prince, in anticipation of the property’s 75th anniversary in 2018. The products rolling out in fall 2017 and spring 2018 include infant apparel, blankets, and other items from Finn and Emma; infant and toddler towels, sheets, quilts, and other bed and bath goods from Little Unicorn; infant caps and blankets from Storiarts; calendars from Rizzoli; bags, socks, and onesies from Out of Print; bookmarks, mugs, prints, and other gifts from Culturenik; jewelry from Vince; fabrics from Riley Blake; t-shirts, posters, and bags from Litographs; men’s and women’s socks from Socksmith; wood products such as lights and clocks from G. Arts; and wall graphics from Walls 360.

Not much merchandise has been on the market for the past two years, according to Jill Collins, who handles licensing, retail partnerships, and promotions at Licensing Works! The agency is creating a special logo for the anniversary and is funneling some of the royalties to charity. U.S. master publisher Houghton Mifflin Harcourt also has anniversary plans for the book, which continues to sell two million copies a year globally, including 300,000 in the U.S. All told, there are 200 merchandise licensees worldwide.

Read the rest at PublishersWeekly.com