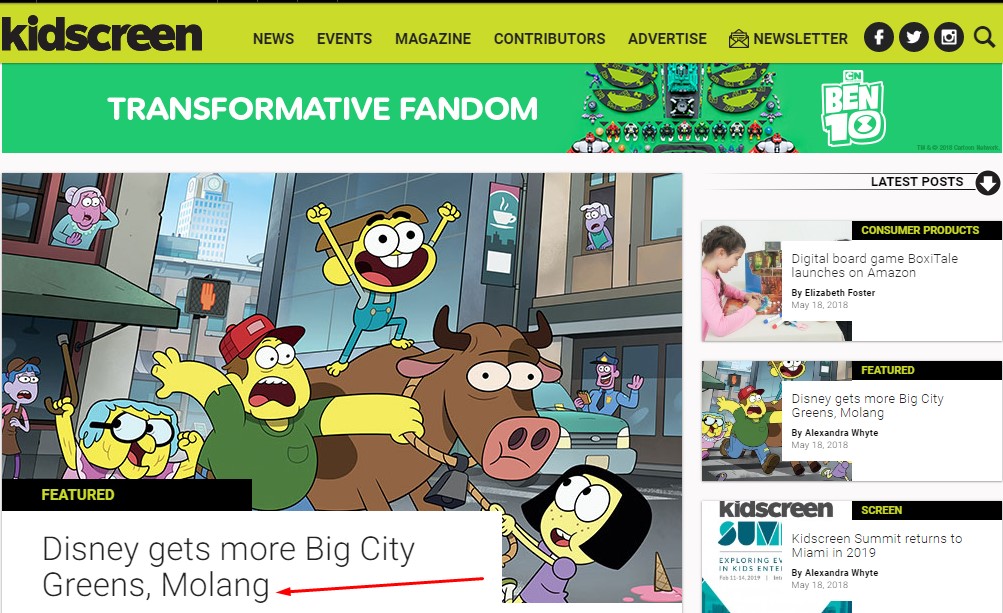 From Kidscreen.com
By Alexandra Whyte
May 18, 2018

In other House of Mouse news, iconic toon bunny Molang will be hopping back to Disney Junior US later this year, following a deal with French producer Millimages.

The new third season—which includes nine x seven-minute Christmas and Halloween specials and summer break episodes—will begin rolling out on Disney Junior US in late 2018. Disney Junior and the Disney Junior block on Disney Channel US currently air the first two seasons of the 104 x three-minute non-dialog series, which follows an eccentric rabbit and his best friend.

Read the entire article at Kidscreen.com