After almost one hundred years, the masked hero Zorro is still kicking.  American Mythology Productions has announced the characters is returning to comics this August with a new series, but with a supernatural twist.  That’s right, folks!  Zorro is going to fight demons, vampires, and all sorts of paranormal evil. 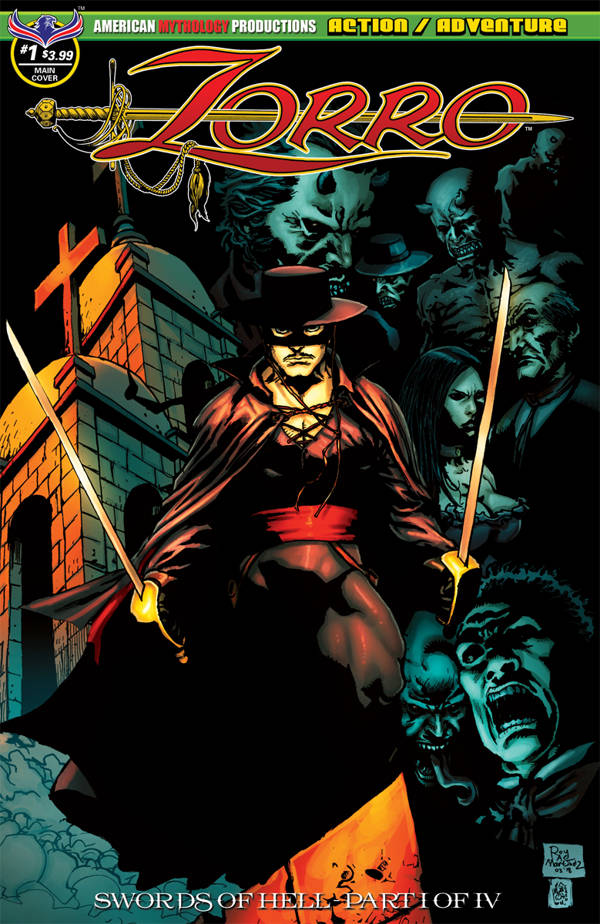 Zorro: Swords of Hell will be the first mini-series exploring this new western / horror direction.  Written by David Avallone, illustrated by Roy Allan Martinez, and colored by Enrica Angiolini, the comic follows wealthy playboy Don Diego de la Vega Iaka Zorro) as he celebrates the defeat of his nemesis, Alcade Quintero.  Unfortunately, his action have set a terrible vengeance into motion.  An unstoppable horde of demonic horsemen intent on bringing Hell to Earth has risen in Alta California.  Zorro must use everything he has to stop this infernal incursion in its tracks.

John Gertz, President of Zorro Productions, Inc. stated: “For decades we have utilized a fresh, innovative approach with top talent to enhance the Zorro’s universe of characters, the Zorro brand & franchise.” Gertz continued: “Our relationship with American Mythology is yet another example of our commitment to our fans and Zorro!”.

READ THE REST OF THE STORY AT: https://www.horrortalk.com/news/zorro-fights-demons-this-august-from-american-mythology.html